Background:
In 2013, a dengue outbreak was characterized by a precocious circulation of the dengue 3 virus. In late 2013, dengue 4 was detected in Vientiane Capital, whereas in the past only sporadic cases have been detected in villages located in  suburban areas. However, particularly high temperatures and a late beginning of the rainy season were probably the main factors that hampered early dengue 4 circulation and avoided a new outbreak in the capital city. At the end of September 2014, only 110 samples from suspected cases collected in Vientiane Capital hospitals were investigated compared to 1957 samples at the same time in 2013 (Table I). Among those samples, 40 tested positive for a direct marker (RT-PCR and/or Ns1 antigen) and were inoculated to C6/36 cells. A total of 30 strains were obtained.  Epidemiologic data revealed that seven of the confirmed cases were imported into Laos by tourists coming from Thailand (n=6) and Indonesia (n=1). Sequence analyses are ongoing to determine the degree of similarity between autochthonous and imported dengue 4 cases.

Among the patients investigated, two fatal cases were recorded but only one could be formally associated with a dengue infection.

The syndromic surveillance carried out at a national level in 2014 recorded a total of 1561 suspected dengue cases. The laboratory in charge of the samples’ analysis does not perform lab testing as long as the number of weekly cases is below the “historical threshold”. Thus, the etiologies at the origin of these dengue-like syndromes remain undetermined.

Assessment of the vector population was systematically conducted around confirmed dengue cases. Patients were contacted for an interview and home visit. This strategy was implemented in early 2014 to evaluate the risk of a major dengue 4 epidemic in Vientiane Capital. Low densities of vector population were generally recorded in and around the houses of the confirmed cases. For some patients, high risks of exposure to mosquito bites were evidenced at their workplaces or in schools. Virologic investigations performed on mosquitoes caught in the neighborhood of a DENv-4 case allowed the isolation of a dengue virus serotype 3. 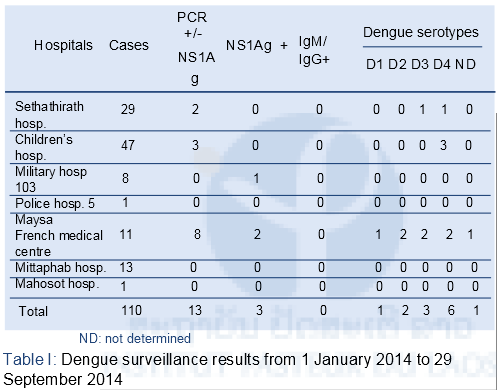 Retrospective investigation of dengue virus
Sequencing data of dengue 3 strains isolated in 2012-2013 from patients residing in Vientiane Capital evidenced the co-circulation of two genotypes. The earlier strains of dengue virus serotype 3 isolated in 2012 belonged to genotype II. In late November 2012, dengue virus related to genotype III was identified in two districts of the city. As the number of confirmed cases exceeded 50% of the suspected dengue cases (up to 80% at the height of the epidemic), dengue typing was only performed on a subset of confirmed cases and systematic sequencing was abandoned. To further characterize the dynamic of dengue genotypes in Vientiane Capital, a rapid approach for discriminating dengue serotype 3 genotypes II and III has been set up.  Restriction maps of env gene fragments targeted by the typing real-time RT-PCR were established using preliminary sequence data. This comparison allowed the identification of a unique restriction site that specifically cut within the fragments obtained derivate from genotype II isolates but not within those obtained from the genotype III virus (see Figuren°1).

Up to now, 121 isolates have been tested by this approach of which 71% belonged to genotype II. This retrospective typing will help in understanding the chronology of the spread of the two genotypes during the 2013 epidemic. 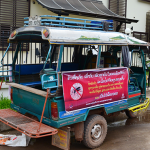 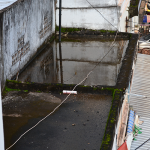