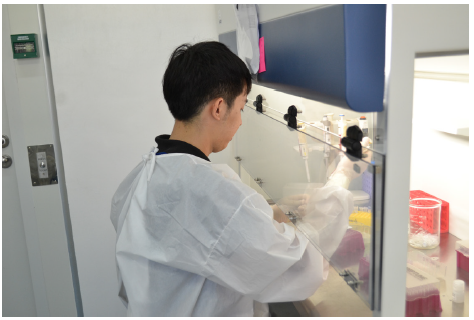 In 2015, at the request of the Ministry of Health, surveillance was extended to the 2 southern provinces of Laos (Saravan and Attapeu). Since 2018, it has been extended to 7 more provinces (Champassack, Savannakhet, Luang-Prabang, Xiengkhuang, Phongsaly, Oudomxay, and Vientiane province) as a result of the Arboshield project implemented together with the Lao Army Health Service. In 2020, 8248 dengue fever cases were reported nationwide, including 13 fatal cases. Of these, 4 were reported in Vientiane Capital. As of the end of October 2021, 1870 suspected cases have been investigated at IPL. 79.3% were from our hospitals network in Vientiane Capital. Of these, 56.3% were confirmed as Dengue fever (Figure 2). In 2020, all three serotypes (DENV-1, DENV-2 and DENV-4) were circulating in Lao PDR, with DENV-2 predominating. Since the end of 2020, the number of DENV1 increased and in 2021, DENV1 is the main serotyping circulating. 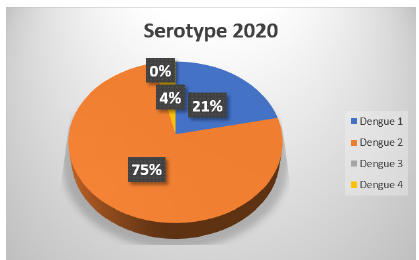 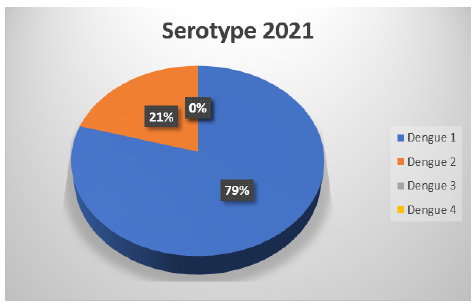 The algorithm used to investigate dengue suspected cases includes a differential diagnostic approach. Chikungunya has been identified as having a high impact on the Lao general population, especially in the southern provinces of Laos. As the diagnostic capacity is still limited and some doctors are unaware of this virus, passive surveillance of this virus is the most important key for early detection of introduction and/or circulation in the country.

In July 2021, many patients with unknown fever and arthralgia were detected in Attapeu province, and samples were sent to IPL for diagnosis. By the end of October 2021, 27.9% (17/69) were diagnosed as infected with Chikungunya virus. The A&EVD continued to characterize the viral isolates at the genetic level.

As of July 2020, the chikungunya virus was also found in Bolikhamxay and Savannakhet provinces. These results indicate that the virus has spread to several provinces in southern Laos and that it is the most important virus for the differential diagnosis of dengue fever in Lao PDR.