Transmission and maintenance of Japanese encephalitis virus in Lao PDR

Description of the project and objectives:

Background:
Japanese encephalitis is a viral mosquito-borne infection transmitted to humans in rural environments mainly by
Culex tritaeniorhynchus. Japanese encephalitis virus(JEv; Flaviviridae, genus flavivirus) is maintained in the environment through an enzootic cycle where migratory birds and pigs play the role of amplifying hosts. JEv is considered as the major cause of viral encephalitis in young children in Southeast Asia with a high impact in terms of morbidity and mortality. Lao PDR is essentially a rural country where large areas of rice paddies offer optimal conditions for JEv maintenance. However, JEv epidemiology is poorly documented in Laos. So far only one genome sequence has been published from Lao PDR.

Objectives:
To document the genetic diversity of Japanese encephalitis virus in Lao PDR and investigate the role of others flaviviruses in the etiology of viral encephalitis in Lao PDR.

Results:
An in-house competitive ELISA test has been set up for the serological investigation of pigs’ samples. Over 211 pigs sera investigated, 21% were found positive. Mapping of the breeding sites allowed identifying 7 potential sites of active or recent transmission of Japanese encephalitis virus. Reinvestigation of mosquitoes’ samples found positive for the presence of flavivirus sequences (see project n°2) is ongoing. 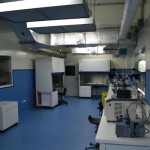 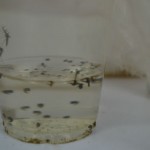 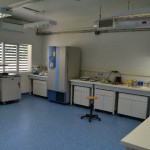