The main objective of ECOMRE2 is to gather different sources of information (disease surveillance; entomologic indicators; socio-demographic data; meteo/climatic data…) to reinforce the capacity to predict the dengue epidemic by developing a multi-data sources modeling system. The dengue surveillance system provides the core source of information of the future outbreak simulator including GPS coordinates’ of dengue confirmed cases for real-time mapping in Vientiane Capital. Sociodemographic data from the last census and satellite pictures were used to characterize the city (Figure n°5). 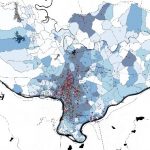 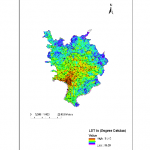 The superposition of the different layers of data used for the mapping will help to determine the driving factors of dengue transmission specific to Vientiane Capital city. Additional approaches based on clustering analysis of the confirmed cases will help to analyze the dynamics of the outbreak (Figure n°6). The study of the different epidemic cycles observed over the last past eight years evidenced different patterns of confirmed cases clustering.

Figure n°6: Clustering of dengue confirmed cases based on the combination of laboratory surveillance 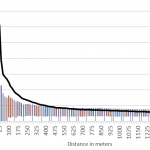 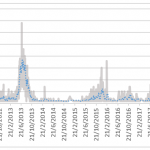 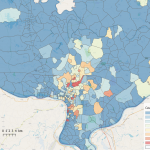