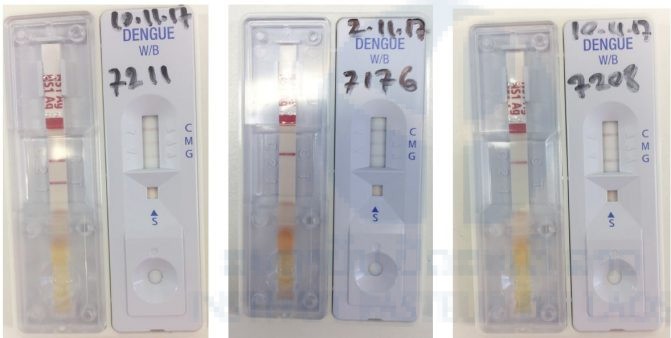 For now five years, the AEVD laboratory gathered data on dengue transmission in Vientiane City and develop data interpretation to improve prevention and control strategies. Lao PDR experienced dramatic changes in dengue virus serotypes circulation and seasonality of transmission over the five past years. After the major dengue 3 epidemic in 2012-2013, serotype 4, initially only recorded in Vientiane city periphery, emerged in different areas of the city in 2014. As shown in figures n°3 and n°4, a shift in the peaks of transmission was repeatedly observed since 2015 as a possible consequence of extended and warm dry seasons and delayed rainfalls. The number of weekly cases observed in 2016-2017 were significantly higher compared to the two previous years (Figure n°3). This three years dengue 4 epidemic demonstrated the low level of herd immunity in the Lao population and noteworthy, up to 80% of the confirmed cases in Vientiane City corresponded to primary dengue infections. Over this 3 years, dengue 4 remains predominant but a co-circulation of dengue serotypes 1 and 2 was observed. Only sporadic cases of dengue 3 were recorded in Saravanh province and in imported cases in Vientiane City. Partial sequencing performed at IPL in collaboration with in Singapore (coordinator of UniteDengue regional program) of dengue 4 isolates selected at different time points demonstrated that epidemic strains belonged to genotype I with close links with strains from China and Myanmar whereas pre-epidemic strains fell into the genotype II. 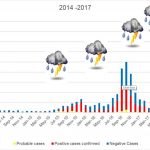 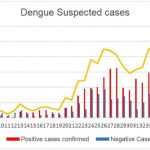