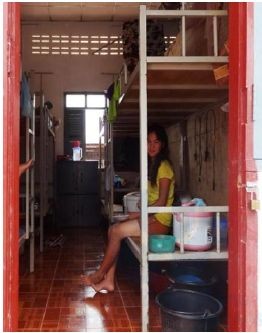 Hepatitis B and C virus (HBV and HCV) infections can be indicative of sexual risk behaviours or intravenous drug abuse. The prevalence of these infections is higher in vulnerable populations. Female workers employed in garment factories in Lao (PDR) may be defined as such a population as many of these young women come from rural areas, have poor education level and live away from the protective environment of their family and community.

We aimed to investigate the prevalence of HBV and HCV serologic markers and associated risk factors among women working in Lao garment factories. A cross-sectional study was performed on 400 female workers in Vientiane capital. Women were tested for HBV surface antigen (HBsAg) and for specific antibodies anti-HB core (HBc), anti-HBs and anti-HCV with commercial ELISA. They answered a standardized questionnaire regarding the risk for both infections.

Although the prevalence of HBV (and HCV) chronic infection markers in this sample of female workers does not appear greater than the estimates previously made in the general population, exposure was high. This suggests that exposure occurred later in life, when risk of chronic infection is lower. Three factors were significantly associated with anti-HBc positivity (previous exposure to HBV): (i) resident in dormitories, (ii) more than one sexual partner, (iii) history of abortion. We conclude a high vulnerability of these women who were mostly young, uneducated, unvaccinated and not aware of the infection risks they face. An occupational health program targeting the female factory workers should be implemented in Lao PDR. 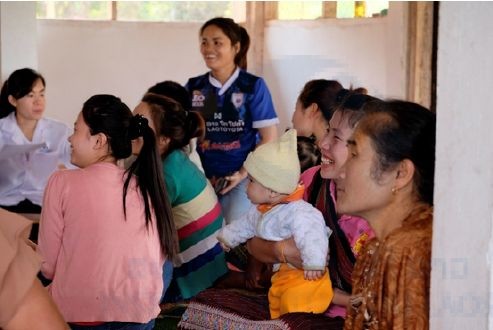