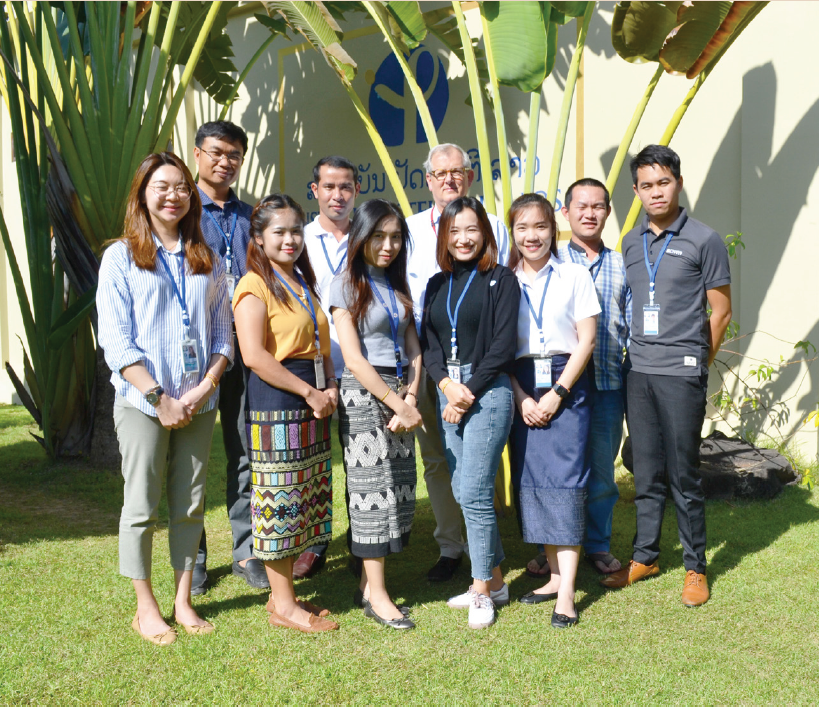 The main objective of our lab is to study biology and ecology of arthropod vectors (mosquitoes, sandflies, ticks, etc.), as well as the transmission cycles of the viruses, parasites and other microbial pathogens they transmit. Furthermore, we are working on ways to mitigate vector borne disease transmission in Lao PDR via vector control training programs.

In previous years the Medical Entomology and Vector- Borne disease laboratory has been very active. This year we several articles in reputable international journals.

During 2020 we were obliged to reduce some of our field activities because of the COVID-19 pandemic and National Lockdown from March to May.

In 2020, we continued our collaboration with the US Naval Medical Research Center Asia (NMRC-A) in Singapore with the Tick Map Three project to identify and inventory Tick species and their natural hosts in the Northern Provinces of Laos. Pathogen discovery was carried out for bacterial in collaboration with the LOWMRU Lab in Vientiane and viral pathogens with the Pathogen Discovery Laboratory at IP Paris.

This year’s annual report relates our final scientific results on the ECOMORE 2 (Agence Français du Développement – AFD funded) This project explored Aedes aegypti and Aedes albopictus larval and adult populations throughout Vientiane Capital and analyzed the usefulness of novel Pyriproxyfen-treated In2Care traps as a means of targeted Aedes vector control. It turns out that the In2Care traps may be useful in very targeted environments, such as temples or hotels, but a large scale roll-out of this type of trap is not feasible given the labor-intensive upkeep every 6 weeks. Furthermore, during the Dengue outbreak, there was confusion as the Ministry of Health was advocating source reduction (elimination of Aedes spp. breeding sites by emptying containers of their water content) whereas in the case of In2Care traps we were, on the contrary, advocating for the maintenance of the traps as the Pyriproxyfen in the water maintains the larvae in a larval stage unable to pupate into adults. Hence, it is important that the MOH and the local population understands the unlaying principals of the trap.

In addition, in the TigeRisk project, we continued our collaboration with the CNRS Laboratory in Grenoble France on insecticide resistance in Aedes albopictus vectors from six provinces of Lao PDR, to develop a predictive approach combining experimental selection and molecular markers. This project was funded by the French ANR.

In the context of the future Wolbachia project for Dengue Control by infecting the Aedes aegypti population in Vientiane with Wolbachia, we carried out a pilot survey to assess the populations of Aedes aegypti and Aedes albopicutus in high-risk dengue transmission areas in Vientiane Capital in order to have an entomological baseline of dengue vectors. This survey demonstrated that Aedes aegypti is by far the most prevalent dengue vector in high-risk dengue transmission areas. Hence, a Wolbachia project could be considered feasible for the future introduction of Wolbachia-infected mosquitoes to further spread Wolbachia in the native Ae. aegypti populations. This project was funded by the World Mosquito Program at Monash University in Australia.

Finally, in the context of the COVID-19 Pandemic, we initiated a project on the Origins, Natural Reservoirs, and Interspecies Transmission of SARS-CoV-2 and other SARS-like viruses from Bats and other wildlife from Vientiane Province Karstic caves in collaboration with the Lao National University. Bats and wildlife species were inventoried and several biological samples (anal swabs, saliva swabs, urine, and blood) were taken for pathogen discovery. A Pan-SARS-like PCR was developed to screen samples prior to deep-sequencing at the Pathogen Discovery Laboratory at IP Paris. This project is funded by Institut Pasteur, Institut Pasteur du Laos, the United Kingdom Foreign and Commonwealth Office as well as by donations from Mme Monique Durvin-Deyme and Mr. Philippe Deyme.